Board Members and Secretary General 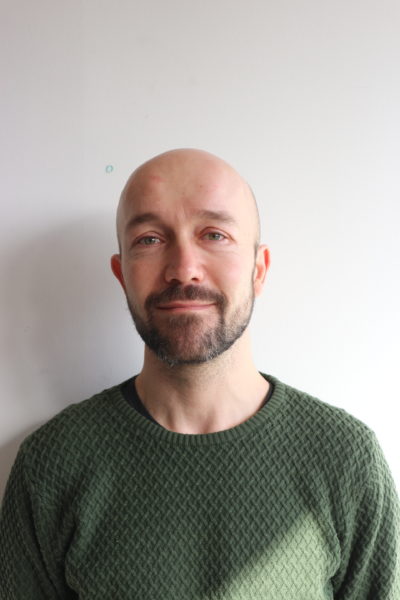 Adam graduated in 2007 from the EMA. He has since worked for the UN Refugee Agency in Afghanistan, Sudan, Former Yugoslav Republic of Macedonia and Switzerland, for the Danish Refugee Council in Denmark the EU in Georgia and currently for UNICEF in Denmark again. He roamed the globe as an independent traveler for a few years, where he worked with development journalism, in particular in writing, photography and documentary film. The two latter earned him awards. 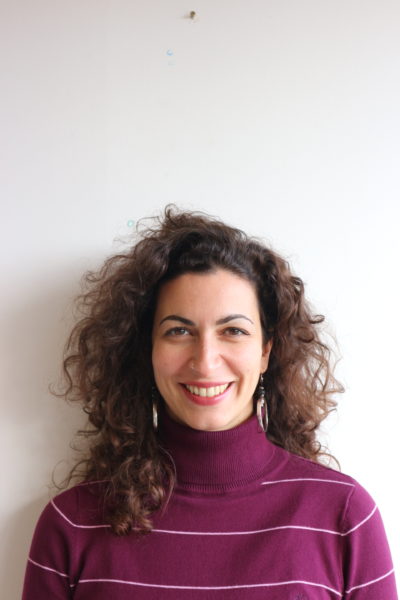 Contact Penny if you are involved in an Arts & Human Rights related project.

Penny is a political scientist with experience as an EU policy advisor at the European Parliament and a decade of project management work on the education and training of vulnerable groups of people, with a focus on migrants/refugees, women and children. Her special interest is the point where arts intersect with human rights and she insists that we as human rights professionals should keep an open line with the grassroots movements, as it is where the demand for the enjoyment of rights is born. 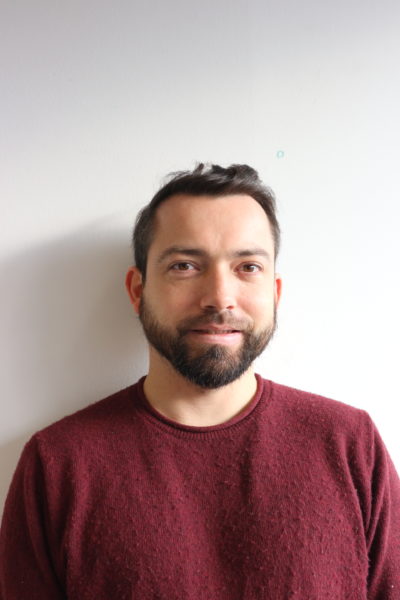 Jean-Marie graduated from the EMA in 2009 after having studied political sciences and European politics. He is particularly interested in the conjunction of human rights and the European project. After the EMA, Jean-Marie worked for eight years as Delegate to the European Union for the International Federation for Human Rights (FIDH). In 2019 he started working as policy officer on fundamental rights and the rule of law for the European Economic and Social Committee (EESC). 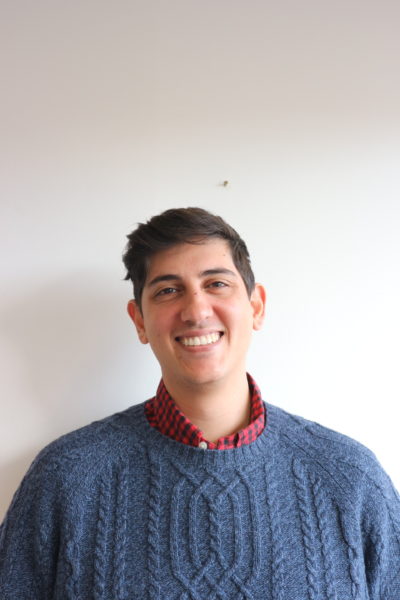 Michele Romano is currently a researcher in a non-existent subject of law that he calls Entrepreneurial Human Rights Law, a fusion between international human rights and the role on the entrepreneur in the context of global poverty alleviation. He is finishing the doctoral studies at the University of Zürich in Switzerland, where he settled in 2014. In the last three years he worked at the University of Zürich as leader of the sub-project of law of an interdisciplinary project called “Entrepreneurial Rights, Human Rights, and Legal Empowerment of the Poor”; he became father of a currently 2 and half years old Gremlin, and in Summer 2014 he married another Masterona (to pursue further this feeling of European fraternity that we all should share). He was also part of an advocacy campaign called Migrants Matter, in which he worked mainly as a Blog’s author. He is specialised mainly in legal assistance, poverty alleviation, development, and international public law, but his preferred fields of expertise remain changing diapers, long night shifts, psychological support to any father’s struggle, and as any other respectable Italian he loves cooking. 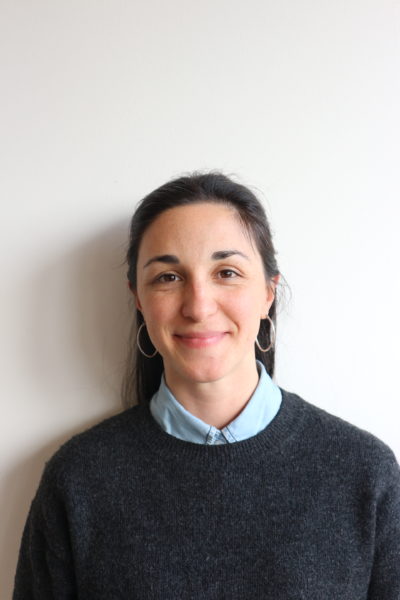 Before EMA, Theodora obtained a bachelor degree in Psychology and was a volunteer with several festivals, events and organisations. She is a humanitarian aid worker with four years of experience in case management and protection and gender-based violence programming. She is also passionate about the rights of undocumented migrants (especially migrant workers), refugees and asylum seekers as well as gender equality and women’s empowerment. She joined the Board because she believes that the EMAlumni Association and the GCA have immense possibilities to create amazing things and drive real change and is looking forward to working towards our common goals. 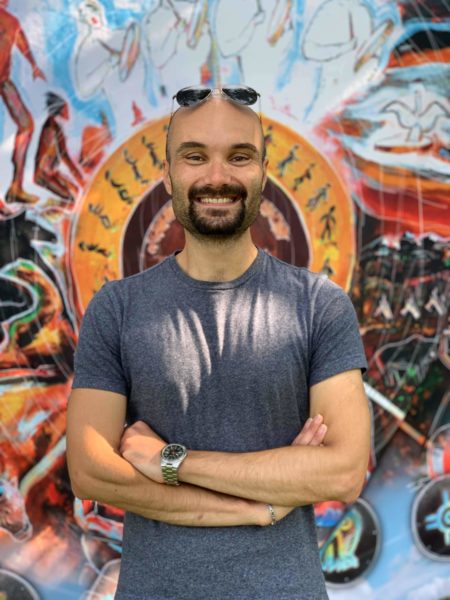 Giuseppe is an enthusiastic researcher, passionate about the Arctic and the several indigenous peoples who live in the Region. Since 2012, he has been studying indigenous-related issues, while living and working in several countries (Italy, Luxembourg, Finland, Australia, UK, and Canada). From September 2016 to June 2018, he worked as a researcher at the Arctic Centre in Rovaniemi (Finland), doing research on the rights of the Sámi and their inclusion in decision-making in the context of the exploitation of natural resources that are found in their traditional lands. In 2018, he spent two months as a visiting researcher in the Department of Anthropology at the ANU in Canberra (Australia), carrying out research on native title in Australia and Canada. Since September 2018, he is enrolled in the Durham ARCTIC PhD Programme, Durham University, the UK, during which he is conducting research on the cumulative effects of industrial development in Northeastern British Columbia. Since July 2019, he lives in Fort St. John (BC), where he is carrying out fieldwork and placement with the Doig River First Nation (DRFN). 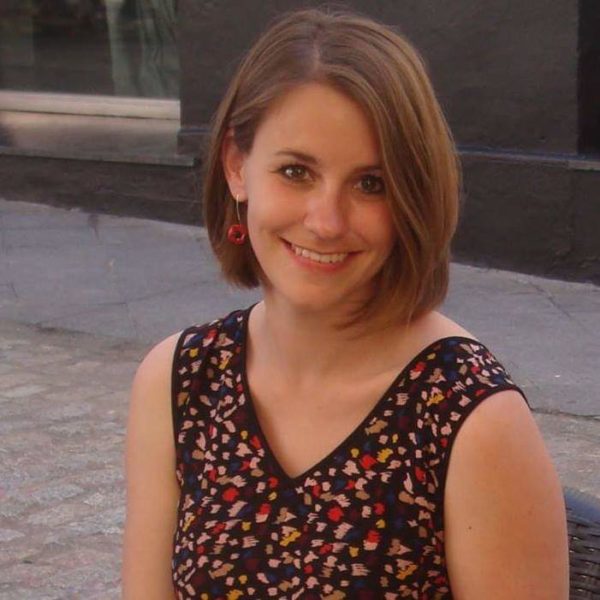 Tanja has a background in law and until recently worked for a Brussels-based consultancy in the areas of fundamental rights and justice and home affairs. She also worked for several human rights NGOs in Brussels and in the Austrian administrative judiciary in the area of asylum and migration law. Additionally, she is an election official in Vienna and participates in international election observation missions around the world. Tanja earned her EMA in 2015 and holds a law degree and an MA in Latin American Studies from the University of Vienna. She has a keen interest in migration and justice issues as well as in the relationship of human rights protection and other fields of law.

Originally a primary school teacher, following her E.Ma internship she returned to Ireland where she worked in development and humanitarian project management for 4 years for both Trocaire, an Irish NGO, and Dublin City University. In 2019, Fionnuala was deployed to the Democratic Republic of the Congo where she worked as Trocaire’s Business Development and Compliance manager. In 2020 Fionnuala completed a diploma in Psychology with Dublin Business School, an area in which she has a keen interest. She has sang both for fun and professionally for many years in Ireland and elsewhere and loves music, travel, drawing and reading. She is currently based in Brussels and is due to take up a new position in humanitarian advocacy in September. Fionnuala is delighted to be elected to the Board, and to have the opportunity to contribute to our common goals in linking alumni together to further the cause of human rights.

Jessica graduated from the EMA in 2016, after which she ventured to Brussels to work in policy and advocacy on a variety of issues including migration, poverty, social economy and most recently education and training. She’s incredibly passionate about social justice and is an ardent advocate for diversity and inclusion – which she’s currently pursuing a masters in. 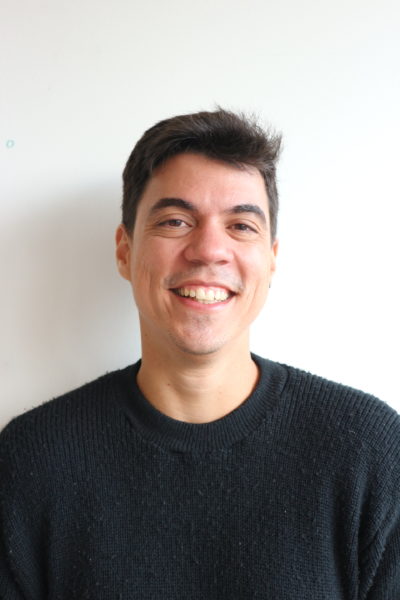 Gabriel has been working with human rights for the past 8 years. He has a legal background, including an LLM from the Geneva Academy, and has worked with children’s rights in Brazil, homelessness in Ireland, at the UNICEF in Geneva, with sexual orientational law at Leiden University, at the LGBTI Rapporteurship of the IACHR in Washington DC, and as a field coordinator and human rights officer at the UN’s peacekeeping mission in the DR Congo. He is the co-founder and director of Not Only Voices, an organization that uses audiovisual media to promote human rights. At the moment, Gabriel also works as a human rights consultant and does advocacy in Brussels and Brazil. He loves music and cinema and is involved in creative community building processes.

The Board coordinates activities, working groups and projects which all EMAlumni are invited to take part. Board members, President and Vice-President are volunteer and unpaid positions.The EMAlumni Association elected its first Board in June 2010.

The current Board of the EMAlumni Association was elected in June 2021.

See the results of the last Board elections (June 2020)

This website uses cookies to improve your experience while you navigate through the website. Out of these, the cookies that are categorized as necessary are stored on your browser as they are essential for the working of basic functionalities of the website. We also use third-party cookies that help us analyze and understand how you use this website. These cookies will be stored in your browser only with your consent. You also have the option to opt-out of these cookies. But opting out of some of these cookies may affect your browsing experience.
Necessary Always Enabled
Necessary cookies are absolutely essential for the website to function properly. This category only includes cookies that ensures basic functionalities and security features of the website. These cookies do not store any personal information.
Non-necessary
Anonymous cookies that provide us with web traffic statistics
SAVE & ACCEPT